I hesitate to ever give anything a blanket label of good or bad and I will extend that to reverse mortgages.  However, it is common knowledge that reverse mortgages are sometimes used to “target” the elderly and get them to sign up for something that isn’t what they hoped it would be, and often isn’t close to what they understood it to be.  The terms of some reverse mortgages can strip a non-borrowing spouse of his or her home and heirs of their inheritance, if careful review and planning isn’t undertaken.

Generally, as we get older and move into our “golden” years, our income decreases and our health care cost increase.  Many people find themselves in a situation where their only significant asset is their home because they have either paid off or significantly paid down their mortgage over the years, but they have also depleted their savings because what money goes out greatly outstrips what is coming in.

A reverse mortgage allows people to have regular income by building up debt using the equity in their home.

The problems can come in when people aren’t made aware of the terms of the mortgage and/or the transaction.  Some companies pack the closing with so many fees that the debt starts out large and then just gets larger.  Some companies allow the debt to grow beyond the value of the house which can result in a “deficiency” when all is said and done which may have to be paid out of deceased borrower’s probate estate.  This could mean no house to pass on to heirs and no other assets to pass on.  If a home is owned by two people, most commonly a married couple, one spouse is often designated as the “Borrower” and the non-borrowing spouse may be required to give up their legal interest in the house.  What those couples sometimes end up with, and don’t understand, is that the when the borrowing spouse passes, the loan usually becomes immediately due by its terms, and the non-borrowing spouse loses the home to foreclosure with no right to redeem.  Sometimes it’s not even made clear to a borrower that the loan may become completely due and payable as soon as they no longer occupy the home, either because they need permanent care at a medical facility, or they pass away. 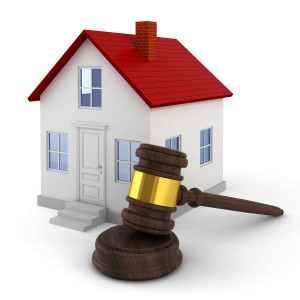 The important thing is to make sure you understand the terms and are sure that you can agree to them.  To make sure that the reverse mortgage is set up to benefit rather than burden you.  The best way to do that, of course, is to make sure you are represented by an attorney who can interpret the documents for you and help look out for your best interest.