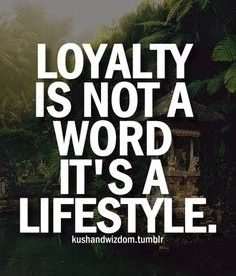 To prove this, I only need to tell you the story of US Army Captain Gary Michael Rose (retired), the most recent recipient of the medal of honor. Captain Rose served as a medic in the Vietnam War. As you might expect, Captain Rose saved lives while risking his own life and he did all this despite being seriously wounded himself.

Captain Rose repeatedly risked his life to provide medical aid to fellow soldiers. He used his own body at one point to shield a wounded American from enemy fire and helped to load wounded comrades onto helicopters while under fire.

Before giving Captain Rose his medal, President Trump told about Rose’s exploits. At one point, President Trump noted that Rose “used a branch as a crutch” after he was wounded and that Rose “fired at the enemy with one arm” as he rushed from one wounded comrade to the next. Rose was the only medic for the 136 men on this particular mission and he repeatedly put himself in the line of enemy fire to load wounded soldiers into rescue helicopters. After one helicopter crashed shortly after taking off, Rose pulled the wounded helicopter crew out and gave medical aid until another helicopter arrived to evacuate the soldiers.

Several soldiers in Rose’s unit during the September 1970 mission were in attendance at the White House for the ceremony and they, like Rose were recognized by the President. President Trump remarked: “To Mike and all of the service members who fought in the battle, you’ve earned the eternal gratitude of the entire American nation. You faced down the evils of communism, you defended our flag and you showed the world the unbreakable resolve of the American armed forces.”

I’m from “the Vietnam War era.” I know what it was like to be in uniform during that period of time. While on a train, I had a long-haired man spit on me. While marching on Armistice Day in New York City, a woman threw a flower pot at us. That is why I am always thrilled – even ecstatic – when I see the brave men and women from the Vietnam War era honored and recognized. They have too long been ignored.

Captain Rose represents hundreds if not thousands of Vietnam War veterans who were never given their due – until now. We salute you Captain Rose and all of our other veterans.

Thank you for your service.

Thank you for your leadership.

Thank you for your courage.