Information that may help you.

When divorcing parents come into court for a decision on parenting arrangements, judges in New Hampshire base their decisions on the best interests of the child. While every situation is assessed individually, New Hampshire law recognizes that children generally benefit from maintaining “frequent and continuing contact” with both parents and from having both parents “share in the rights and responsibilities of raising their children.” (N.H. Rev. Stat. § 461-A: 2.) Judges can consider any factor relevant to custody, and are guided by some factors that are set out in the state’s laws—generally falling into the following basic categories:

A judge will consider any issues which may affect the child’s physical well-being. While this includes each parent’s willingness and ability to provide the child with basic necessities such as food, clothing, shelter, and medical care, the judge won’t base a decision solely on the fact that one parent has greater financial resources than the other. A safe environment is essential. If a parent has a history of domestic violence, a judge may order supervised visitation. If a parent has been convicted of sexual assault, or if a court has determined that the parent has sexually abused the child, the parent may be prohibited from any contact with the child or the child’s siblings.

Emotional factors include the strength of the emotional bonds between the child and the parent, and the parent’s present and future ability to meet the child’s developmental needs. Judges do not base decisions on the sex of either the parent or child. Courts tend to favor arrangements that maintain a child’s relationships with significant people, such as siblings, as well as arrangements which minimize disruption to a child’s school or community activities. New Hampshire law also allows a judge to award visitation to a grandparent or a stepparent if this is in the best interests of the child. If a judge finds that a child is old enough and mature enough to make intelligent choices, then the judge may allow the child to state a preference as to custody.

Custody consists of both legal custody, which refers to a parent’s responsibility for making major decisions concerning a child’s health, education, or general welfare; and physical custody, which refers to the child’s physical presence with a parent. New Hampshire law favors joint legal custody unless there is evidence of domestic violence or some other indication that the parents will not be successful in working together for the benefit of their child. A judge granting joint legal custody may also decide that the child should spend approximately equal amounts of time with each parent, or may find that it is better for the child to have one primary physical home and to spend specific periods of time at the home of the other parent.

(There are differences between Physical and Legal Custody in New Hampshire)

Judges always prefer that parents meet their responsibilities to their children by working together to agree on a parenting plan, rather than asking a judge to make decisions for them. If there are no special circumstances such as domestic violence or abuse, a judge may require parents who are having difficulty developing a plan to participate in mediation, where a neutral third party will assist them. If the parents are still unable to agree, the court may develop a plan based on the child’s best interests.

the division of decision-making responsibility between parents
the legal residence of each parent
any restrictions or conditions on a parent’s decision to change residences
the child’s residential schedule, including a schedule for holidays, vacations, school breaks and special occasions
how the child will be transported between parents
a method for reviewing the parenting plan when either parent or the child asks for review, or when specific events happen, like the child reaching a certain age
the consequences if either parent fails to follow the terms of the plan, and a method for resolving disputes which may arise in the future. 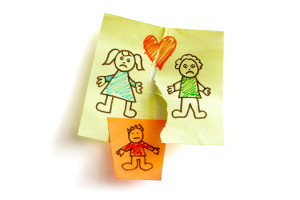