My father owned a trucking company. At one point, it was quite large and reasonably profitable. It was a nice family business even though I often elbowed my father and asked him why we were in it. My father would reply: “Because we love it so.”

As my father grew older, he wisely began to think of his estate plan. He wondered: “What do I do with the business? I have one business and I have three children.” For my father this was a challenging question because of my father’s three children, only one of them (my older brother) joined my father in the business. My sister became a teacher and I became a lawyer. So,
the question my father asked was: “How can I be fair to each of my children while recognizing my oldest son for working with me all these years?” Fairness to my father meant treating each
child equally and showing no favoritism to any one of them. For him, there was no other way of
looking at it.

My father would often say: “I have three children. I love them all the same but I love them differently.” Surely this was true. My father did love us all the same. Indeed, he loved us as much as a parent can love a child. His love for us was boundless as evidenced by his kindness and charity toward us – all of us. But, his relationship with each of us was also different – very
different.

Later on in life, my sister worked with my father in the business, but it was challenging due to the geographical distance between them (my sister lived in Massachusetts and my father’s
business was in New Hampshire). As for my relationship with my father, it was like my sister’s relationship with him. I respected my father a great deal. I admired him for what he had done in life and for the way he treated people – all people.

My father respected me as well as evidenced by the fact that he wouldn’t allow me to quit my profession and join him in the trucking business. He regarded such a gesture as too great a sacrifice that I give up what I had chosen to do in life.

If you have a family business, the decision of what to do with that business can be agonizing but there are creative solutions. In my father’s case, he found out about Class A and Class B stock. One class had an ownership (equity) interest and had “voting power” (and the ability to control the company) and the owner class had only an ownership interest. My father determined that he could give control of the business to one child while dividing the pie in three. 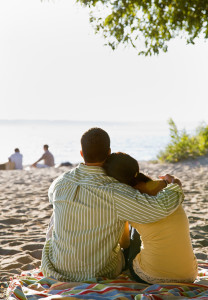 This month, we are reaching out to tell people that we can help them with their estate planning and we are assuring our clients that we can find creative solutions to legacy issues –
such as the disposition of businesses