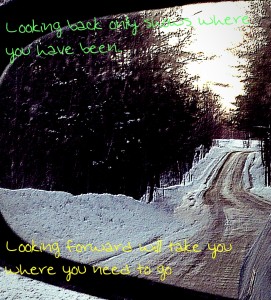 There is an agency called the Federal Motor Carrier Safety Administration – FMCSA for short. This agency prohibits texting by commercial motor vehicle (CMV) drivers while operating in interstate commerce. If a driver is found texting while driving, they are subject to impressive civil penalties. They are also subject to disqualification from operating CMVs in interstate commerce.

Since driving is a livelihood, the potential penalties are stiff.
The penalties do not extend to the driver alone. Motor carriers are prohibited from requiring or allowing their drivers to engage in texting while driving. FMCSA has adopted commercial driver’s license (CDL) regulations. The agency has added to the list of disqualifying offenses a conviction under State or local traffic laws or ordinances that prohibit texting by CDL drivers while operating a CMV. This includes school bus drivers.

Here is why the FMSCA has adopted this new regulation. Research commissioned by FMCSA shows that the odds of being involved in a safety-critical event (e.g., crash, near-crash,
unintentional lane deviation) is 23.2 times greater for CMV drivers who engage in texting while driving than for those who do not.
The FMCSA describes serious traffic offenses. Texting while driving is now included in the list. In addition to specifically enumerated serious traffic violations,’’ the FMCSA designates
violations by rulemaking if the underlying offense is based on the CDL driver committing a violation of a State or local law on motor vehicle traffic control – see, 49 U.S.C. 31301(12)(G)).
The FMSRs state, however, that unless and until a CDL driver is convicted of the requisite number of specified offenses within a certain time frame, the required disqualification may not be applied – 49 CFR 383.5 (defining “conviction and “serious traffic violation) and § 383.51( c).

There is one simple reason for this new rule – FMCSA determined that violations by CDL drivers of State motor vehicle traffic control laws prohibiting texting while driving CMVs should result in a disqualification under this provision, because texting results in distracted driving and increases the risk of CMV crashes, fatalities, and injuries.

A shout out to my trucker friends – don’t text while driving. It’s dangerous.