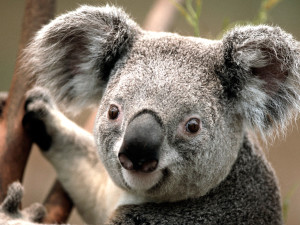 We know about the fox. The fox is cunning and shrewd. The fox is also a survivor – one of the best animals at doing that.

One hunting technique attributed to the fox is called “charming.” As it gets near its prey, the fox begins to slyly perform, almost like a court jester. It leaps, jumps, rolls and chases itself.
The prey watches all this and is quite charmed by the fox. While the fox charms, it is drawingcloser to its unsuspecting prey. And then that moment arrives – the fox leaps to capture its prey.
The fox is smart and cunning. Watch out for the fox!

Then, there is the bear. The bear is the largest of the carnivores. It will eat just about everything – including you. Its sense of smell is better than a dog’s. Its hearing is also quite sharp. Bears can move. The black bear and grizzly can reach running speeds of 35-40 mph for short distances. Bears can climb. The grizzly has long been known for its strength and ferocity. Although it can be quite fierce, it is not naturally aggressive. When it is, you might want to disappear – quickly. The polar bear attains a length of about nine feet, often weighs more than 1,000 pounds, and is the most carnivorous and aggressive of all the bears.

When you think of the bear, you think strength and power.
When it comes to being persuasive in a particular matter – I often tell clients that they need to be 4 parts fox and 1 part bear if they expect to persuade someone to their side.

The prize isn’t always won by the most ferocious litigant; rather, it is more often won by the litigant who is the most cunning – the one who thinks and prepares. Like the charming fox, the charming litigant is often the one who gets the prize. The bear in us often scares our audience and puts them in flight.

What should we be cunning about?

First, be cunning about this: be worthy of the result –
whatever the result is that you desire.

Second, give your audience the information they need to give you the best result.

Arm your audience with facts so they will be persuaded that your side is the right side. While you are being cunning, throw in a little bear. By that I mean, through in a
little passion. Let your audience know there is strength in your position and that it is the right position. Your want your audience to feel good about ruling in your favor.

When a litigant is all bear, they generally lose. They lose because we fear people who are overly aggressive and we loath those who are gratuitously cruel. We would prefer to be seduced – with charm and with information. It gets back to that hackneyed phrase: “you can catch more flies with honey than with vinegar.”

Try winning the next argument you have by throwing in a little more charm. Let your fox out!