Todd Beamer was an ordinary American citizen, but an extraordinary American hero.
Here is the ordinary part – on September 11, 2001, Todd worked for Oracle Corporation, selling software. Todd was married and had two children. Todd taught Sunday school and worked in a youth ministry. Todd appears to have been the ordinary married, working man. Many of us work,
are married, have children and go to church. What’s to see here?

Todd Beamer was also a passenger on United Airlines Flight 93. This is a flight that was highjacked on September 11, 2001. Flight 93 ended when it struck the ground in Shanksville,
Pennsylvania. This is a summary of what happened aboard Flight 93 as chronicled in Wikipedia. 6 minutes after Flight 93 began, American Airlines Flight 11 crashed into the World Trade Center’s North Tower. 15 minutes after that, United Flight 175 crashed into the World Trade Center’s South Tower. The pilot of Flight 93 received a transmission warning of possible cockpit intrusion. 3 minutes later, highjackers invaded the cockpit and took control of the plane. All of this
activity could be heard by air traffic controllers in Cleveland.

Terrorists herded Todd Beamer and other passengers to the back of the plane. The curtain between the first and second class sections of the plane was pulled shut, but Todd could see that the pilot and co-pilot had been killed. Todd and the others were then informed that the pilots’ throats had been cut.

Thanks to cell phone conversations, we know what happened next. Todd and some of the other passengers decided to act. They decided to take the plane back from the hijackers. Ten
passengers and two airline attendants participated in the counter-attack. In Todd’s cell phone conversation with a GTE customer service representative, Todd told him the plan was to jump on the hijackers and fly the plane into the ground before their plan could be followed through.

While Todd spoke to the GTE customer service representative, Todd began to say the Lord’s Prayer. He also recited the 23 Psalm. As he said these words, the other passengers rd began to join in. Todd ended the cell phone discussion by saying these words: “Are you ready? Okay. Let’s roll.”

In these two words – “Let’s roll” – Todd Beamer captures the true, American spirit. “Let’s roll” is the equivalent of “over my dead body am I going to allow you to achieve your objective.”

Todd Beamer and other brave passengers of Flight 93 frustrated the terrorists on September 11, 2001.
The terrorists aboard Flight 93 did not achieve what they set out to achieve and hundreds, possibly
thousands of lives were saved as a result.

Todd Beamer was not just a software salesman. He was a leader and a proud example of what it means or should mean to be an American. “America Strong.” It’s as if Todd Beamer uttered those 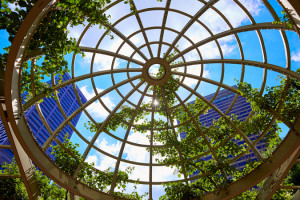