I find it amusing that often my word processing software has a hard time with various forms of the word “prorate.”  Prorating is a real thing that has to be done on every real estate transaction, usually in multiple places on the settlement statement.

Some of the most common prorations you may see on your settlement statement are: 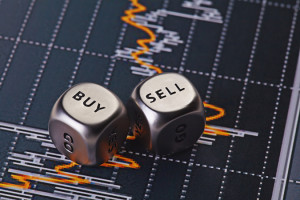 This is a credit to the seller and a debit to the buyer (without any exception that immediately comes to mind other than simply waiving this amount altogether).

Whether or not these are a debit or a credit to a buyer or seller depends on when they are due and paid within a billing period and where during the billing period the real estate closing falls. For instance, if they are paid monthly and due on the first of the month to which they are applied, the amount due is divided by the number of days in the month, and then the amount for the rest of the days in the month starting from the closing date is credited back to the Seller.  For example:

Seller sells a condo to Buyer.  The dues are payable on the first of each month in the amount of $100 and closing is on March 15th.  Seller is current on his payment of dues including the full payment of $100 for the month of March.  The buyer is always responsible for the day of closing in Vermont and New Hampshire.  There are 31 days in March so:

$3.226 x 17 days = $54.84 due from Buyer to Seller at closing for condo association dues.  Then, when Buyer picks up paying dues herself on April 1, everyone has taken care of the dues for which they are responsible.

If dues are paid on the last day of the month for which they are applied (for example, March dues payable on March 31) this same example would result in a credit to the Buyer because Seller would not yet have paid the dues, and Buyer will be paying all of the dues on March 31 and Seller is responsible for March 1- March 14 (14 days).

This is by far the most asked question I get about settlement statements.  Both Vermont and New Hampshire States run on fiscal years:  Vermont state fiscal starts July 1 and New Hampshire fiscal year starts April 1.  In both states property taxes are paid somewhat “in arrears” meaning they are paid after the assessment year starts so you start off paying for time you already spent owning property in that state and town each billing period.  When a property owner pays their taxes to the town in which they own property, it is combination of what is owed to the State and to the Town (sometimes also what is owed to a village within the town).

Most New Hampshire towns bill twice a year for town and state taxes.  Most Vermont towns bill quarterly, but some bill annually or semi-annually.  To make matters more confusing, some towns in Vermont have a calendar year for town taxes, instead of matching the state fiscal year.  Because property owners still just pay their combined taxes in one, two, or four regular payments, most people never notice the difference in assessment periods until they get to a real estate closing and see two tax prorations on their settlement statement.  Because this one can vary so much from town to town as to how it is calculated, if you are concerned or confused at closing, feel free to ask.

An example here may not do much good but just confuse you further.  You have the right to understand your settlement statement and I will have run the math, so I’m happy to tell you what I did to get where I got.