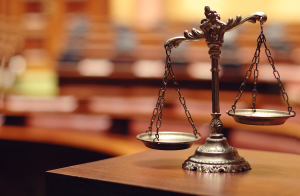 These lawyers are the ones you might consider selecting to
be your lawyer. If someone loves what they are doing, chances are they’ve spent time trying to figure out how to do it well. As importantly, their love – and respect – for the court room shows
up in their persona.

My father was in the trucking business. As I was growing up, I noticed how hard my father worked. He was at work at 5 or 6 every morning. He often came home at 7 in the evening. One night, my father came home driving a brand new bucket loader. He drove into the back yard. He then began to dig a hole. After that, he took the dirt and put it back in the hole. He ended by tamping the hole. He then shut the engine off and climbed down off the bucket loader. It was then that I – all of 15 years of age – confronted him.

“Dad – it’s 7 o’clock. You haven’t eaten because you continue to work.” Before I could get another word in, my father spoke. “Whoa! When I was up in the bucket loader, did you think I was working? Look – I’m one of the lucky ones. My work and my pleasure are the same things. May you be so lucky in life.”

I learned a valuable lesson that day. I learned that what you decide to do in life is important. If you’re lucky – as my father and I have been – you choose to do something you truly enjoy. And, if you enjoy what you are doing, you can often become pretty good at it.

When I was in law school, we had a guest lecturer. The guest was a nationally known trial lawyer. I still remember what this lawyer said. He said: “A great trial lawyer is a person who is comfortable in his own skin.” I listened to these words and thought “this can’t be true.” What does being comfortable in your own skin have to do with it? It took me a while to figure that out, but I can tell you that the guest lecturer was correct. Judges and juries can pick out a phony a block away. A lawyer has to “be themselves.”

Avoid a lawyer who is pretentious; that is, avoid selecting a lawyer who attempts to impress by affecting greater importance and talent than they really have. In short, don’t select a lawyer who
tries to be something they aren’t.

Pick a lawyer who is confident. You can tell a lawyer is confident because as they counsel you, they will suggest various approaches. The lawyer will inevitably suggest an approach. They will tell you – confidently – that they think this is the best approach. They will tell you why they think that’s the best approach. At this moment, the lawyer becomes like a counselor. This is great.
After all, that’s what you want from a lawyer. You want counsel. You want advice. And – you want it from someone who believes in what they are saying.

Over the coming days, I will continue this dialogue. I will do so because picking a trial lawyer is a very important matter.

All of us, need to know what to look for when we make that
selection.