Written by Peter Decato, Esquire
You may or may not remember the episode of the Andy Griffith Show where Deputy
Barney Fife stops and arrests Gomer Pyle for making an illegal U-Turn. Here’s the exchange
between Barney and Gomer:

Gomer, I have to uphold the law, no matter what! It’s only what any responsible person
should do. Why, even if I weren’t a policeman, I would still arrest you for making a
illegal U-turn… any person can do that, you know… it’s called a citizen’s arrest.
After the arrest, Barney leaves the scene by making a U-turn with his squad car. As
Barney drives away, Gomer yells: “Hey! HEEEYYYY – – BARNEY! You made an illegal u-turn
YOURSELF! You’re breakin’ the law, and so I, as a responsible person, need to arrest you!
Citizen’s arrest! Citizen’s arrest!”

At common law, the authority of private citizens to arrest a person whose actions
threatened public order was unquestioned.

In 1879, in the case of O’Connor v. Bucklin, the New Hampshire Supreme Court said:
“A maniac, not responsible for his violence, who knocks down a man in the street without
provocation or warning, commits no criminal violence. In no legal sense does he violate the
criminal law, but a policeman who arrests him on view of that act, without a warrant, is not a
trespasser, even if he is aware of the assailant’s innocence. Anyone not an officer could make
the arrest for the protection of the community. Every member of the community has a right to
do what is reasonably necessary for the protection of himself and others against apparent
danger.” 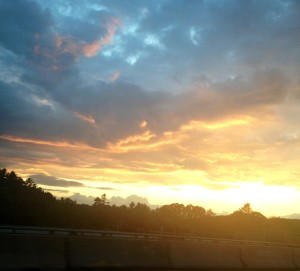