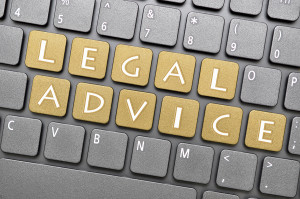 Written by Peter Decato, Esquire
It appears there was a time when alimony/spousal maintenance was awarded as a punishment for misbehavior. When a marriage broke down because of the fault of one of the married partners, you would often see an alimony/maintenance award being made as part of the divorce decree.
In those instances, alimony/maintenance was not related to need; rather it was related to retribution. These awards were made to protect innocent spouses – spouses who didn’t deserve the treatment they got from the other spouse. What better way to protect an innocent spouse than by punishing the wrongdoer?
In this day – when no fault divorces rule – fault and alimony appear to be on the decline. More attention is being placed now on the division of property than on alimony. Still, alimony has its place, but what is its place?
Alimony awards often revolve around need, so the first question is: Is there a party in need? Is there a party who lacks sufficient income to maintain the style of living to which the parties had become accustomed during the marriage?
If the answer is yes, this leads to the second question: Is the other party able to contribute money to meet these needs, while being
able to meet their own needs?
This then leads to the final question: Are both parties – the party in
need and the party capable of helping to meet that need – doing the best they can to be self sufficient?
Alimony is gender-neutral. Men and women are both subject to such orders. It wasn’t always that way. The original alimony provisions in New Hampshire related only to a wife’s right. Sorry, ladies, but men can now be alimony/maintenance awards too!
The alimony revolution was fueled in New Hampshire by a 1984 report prepared by the New Hampshire Commission on the Status of Women. The report indicated that a ten year study showed that the standard of living of a divorced woman declined 73% during the first year after divorce while a man’s actually improved 43% during the same period of time. These statistics had something to do with divorced women assuming an inordinate share of child care costs. Nevertheless, the results of the study were stark.
Today, we have presumptions of joint physical responsibility when it comes to children. With that comes the notion of sharing more equitably the cost of raising children. Our child support guidelines attempt to equitably divide the costs of child rearing.
We also have more working women today. Women are more independent than ever before. Who needs to be supported and dependent? Both genders appear to be in workplace, attempting to be as self sufficient as possible.
Alimony/separate maintenance is there for people who need it. Sometimes, it come down to an allocation of income for the common good.